Becky Heineke is very impressive. In her youth, she blogged incessantly and wrote amazing books (only one of which she let people read). Reading the words of Becky Heineke is like glimpsing into the soul of humanity and seeing the fragility and wonder of life reflected back to you (or thereabouts). She is, unquestionably, America's greatest living former Jake Gyllenhaal blogger.

Jake Watch (April 3, 2006 - November 2, 2007) was a blog centered around the actor Jake Gyllenhaal.  Jake Watch (JW) existed as a means to discuss how hot Jake was (is?) while simultaneously acknowledging that he's a huge dork. 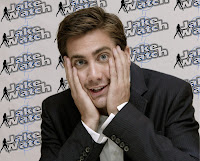 JW sprang forth, fully formed, from the forehead of britpopbaby, who was joined after months of unparalleled success by Prophecy Girl.  Together, the two decided that Jake was failing spectacularly at dictating his own narrative, and that as mediocre, self-serving fans, they were as qualified as anyone to tell his story for him. 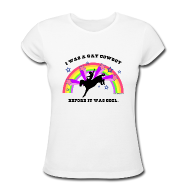 Through nineteen months and 675 posts, JW was responsible for a full-length movie script, an unfathomably dumb internet rumor, and the wildly popular party game Paparazzi Bingo.  JW also helmed the highly unsuccessful "Jake in '08" presidential campaign, and ran a T-shirt business that was questionable at best in terms of legality.

In its day, JW was the most popular Jake Gyllenhaal blog on the internet, which is saying something since there used to be a hell of a lot of Jake Gyllenhaal blogs out there.  After JW's valiant death in November of 2007, Prophecy Girl started writing a book about her adventures to make sense of the turmoil she'd lived through; britpopbaby, in contrast, got a life.

In May 2010, JW reformed under the title I'm Stalking Jake!, as a haven for people who didn't take themselves seriously and took Jake even less seriously...but more importantly because Prophecy Girl (now blogging solo) needed a place to pimp her book, which was published in the fall of 2010.

The new blog had its successes - foiling a Twitter death report, claiming Jake was a werewolf, that sort of thing - and was updated regularly through fall 2011, with a final post early in 2012.  It was a post that Prophecy Girl, by then rechristened "Becky Heineke," readily admitted probably came about five years too late.

Currently, she and britpopbaby remain friends on Facebook, and usually remember to write on each other's walls for their birthdays. 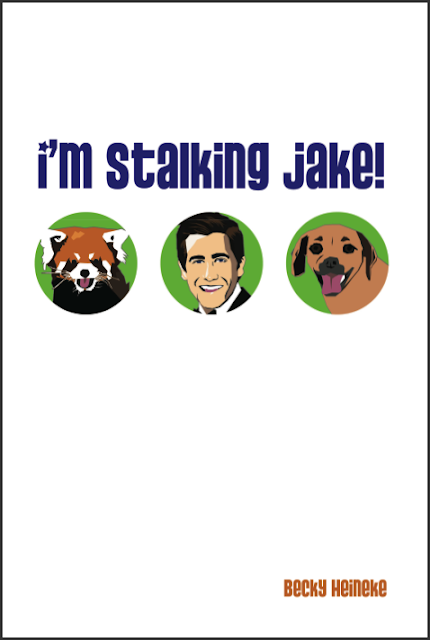